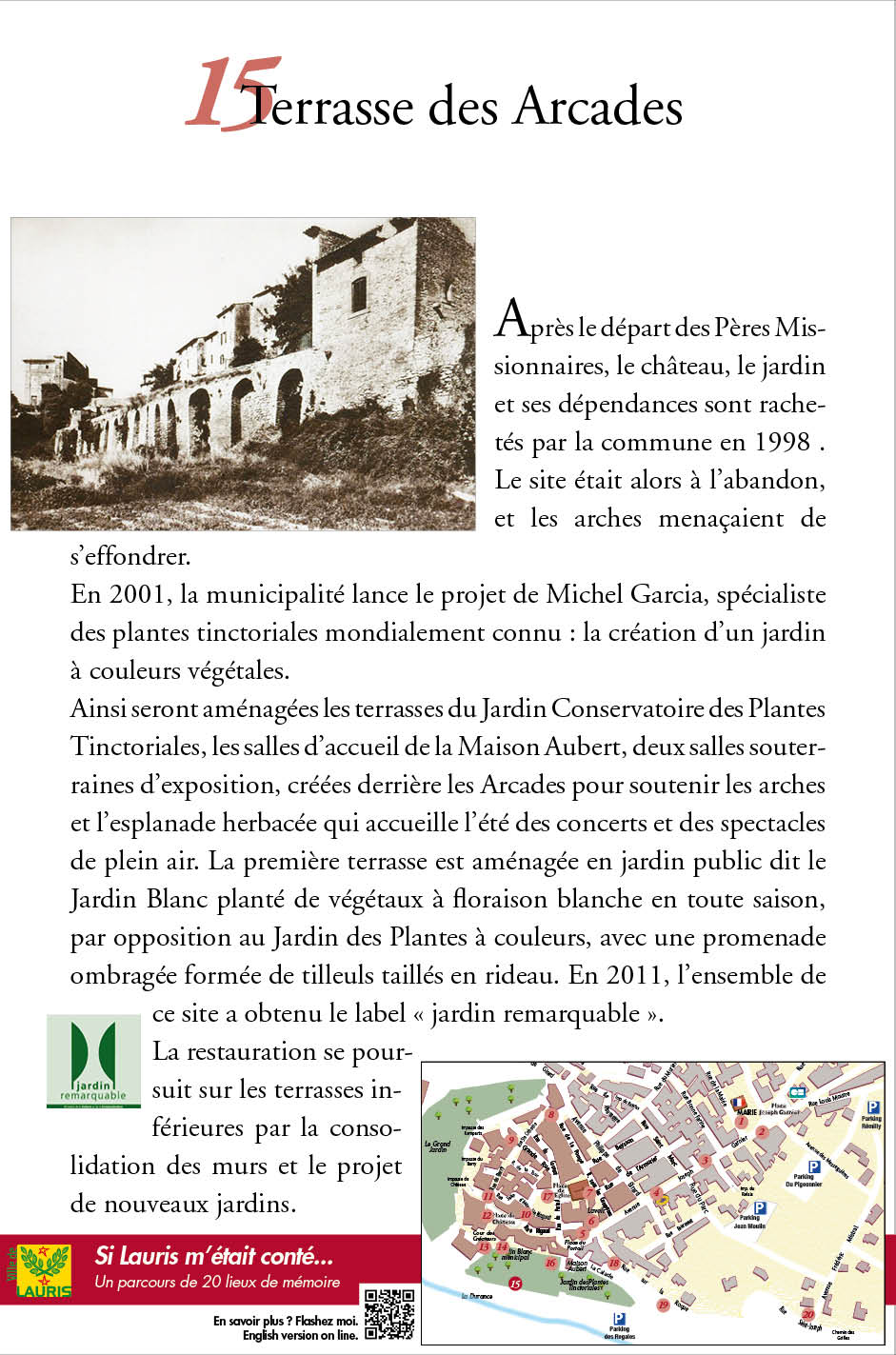 Panel 15 Terrace of the Arcades

After the departure of the Missionary Fathers, the castle, the garden and its outbuildings were bought by the municipality in 1998; the site was then abandoned and the arches threatened to collapse.
In 2001, the municipality launched the project of Michel Garcia, a world-renowned specialist in dye plants, to create a garden with plant colours.
The terraces of the Jardin Conservatoire des Plantes Tinctoriales, the reception rooms of the Maison Aubert, two underground exhibition rooms created behind the Arcades to support the collapsing arches, and the grassy esplanade that hosts concerts and open-air shows in the summer were all created. The first terrace is was laid out as a public garden known as the "white garden", planted with white flowering plants in all seasons, as opposed to the garden of the Coloured Plants, with its shaded promenade formed by lime trees cut into curtains. In 2011, the entire site was awarded the "remarkable garden" label.
Restoration is continuing on the lower terraces with the consolidation of the walls and the project for new gardens.