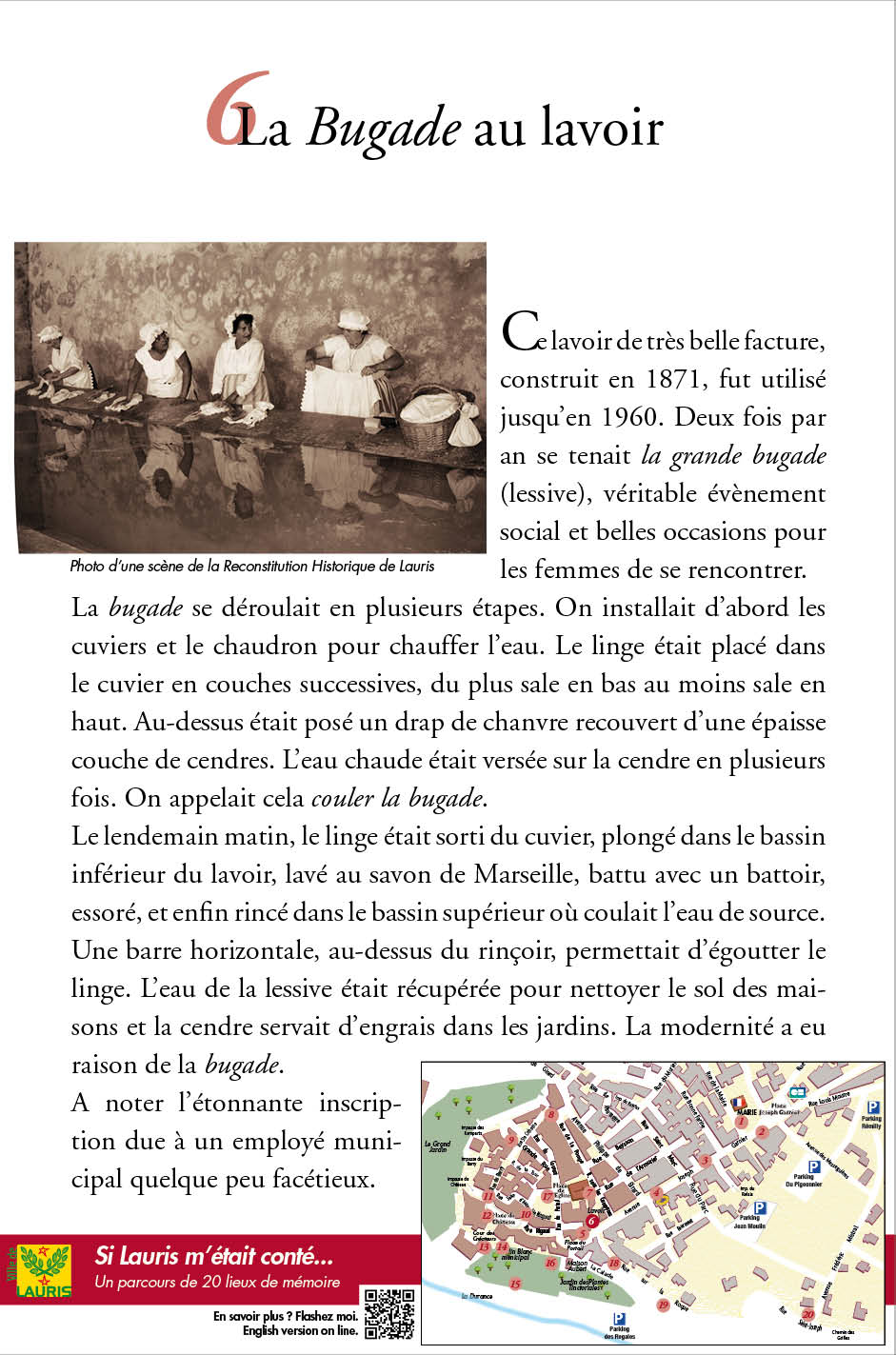 This beautifully crafted washhouse, built in 1871, was used until 1960.
Twice a year, the great bugade (from the Provençal bugada, washing) was held, it was a real social event and a time for women to share.
The bugade took place in several stages. First, the cuviers and the cauldron were installed to heat the water. The laundry was placed in the cuvier in successive layers, from the dirtiest down the bottom to the least dirty on the top. A hemp sheet covered with a thick layer of ash was placed on top. Hot water was poured over the ash in several stages. This was called "pouring the bugade". The next morning, the laundry was taken out of the cuvier, plunged into the lower basin of the wash house, washed with Marseille soap, beaten with a beater, wrung out and finally rinsed in the upper basin where spring water flowed. A horizontal bar above the rinser allowed the laundry to be drained. The water from the washing was used to clean the floors of the houses and the ash was used as fertiliser in the gardens.
Modernity has taken its toll on the bugade. Nevertheless, the washing houses remain a living testimony and are part of the rural heritage of every Provencal village.