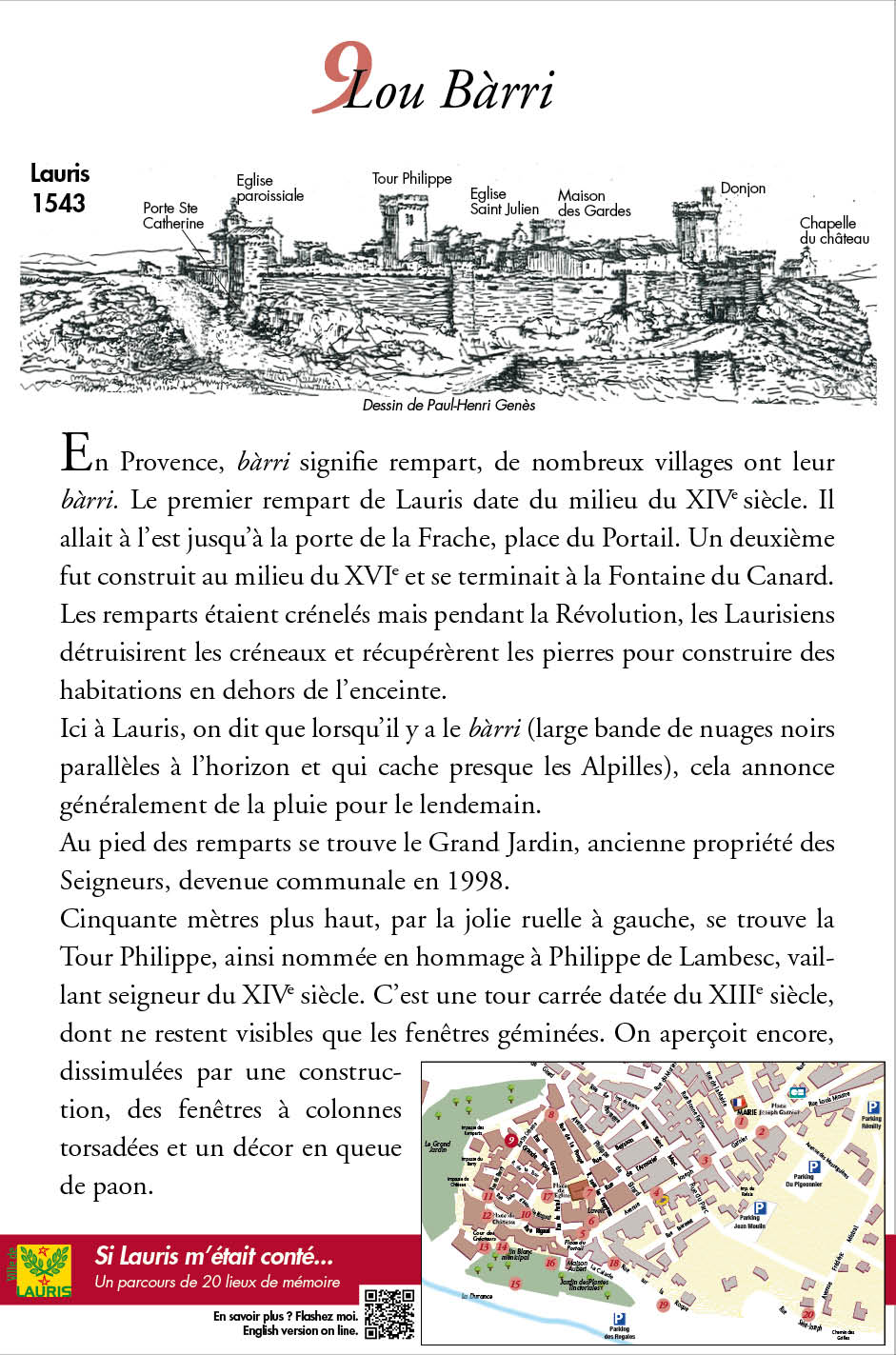 In Provence, bàrri means rampart, which is why many villages have their bàrri. The first rampart (see right rue des Remparts), dates back to the middle of the 14th century. It ran east to the Porte de la Frache, Place du Portail. A second rampart was built in the middle of the 16th century and ended at the Fontaine du Canard. The ramparts were crenellated but during the Revolution, the Laurisians destroyed the crenellations and recovered the stones to build houses outside the enclosure.
Here in Lauris, it is said that when there is a bàrri (a wide band of black clouds running parallel to the horizon and almost hiding the Alpilles), it usually announces rain for the next day.
At the foot of the ramparts is the Grand Jardin, a former property of the Lords, which became communal in 1998.
Fifty metres higher, by the pretty alley on the left, is the Tour Philippe, named after Philippe de Lambesc, a valiant lord in the 14th century. It is a square tower dating back to the 13th century, of which only the geminated windows remain visible. Concealed by a building, there are still windows with twisted columns and "peacock tail" decorations.