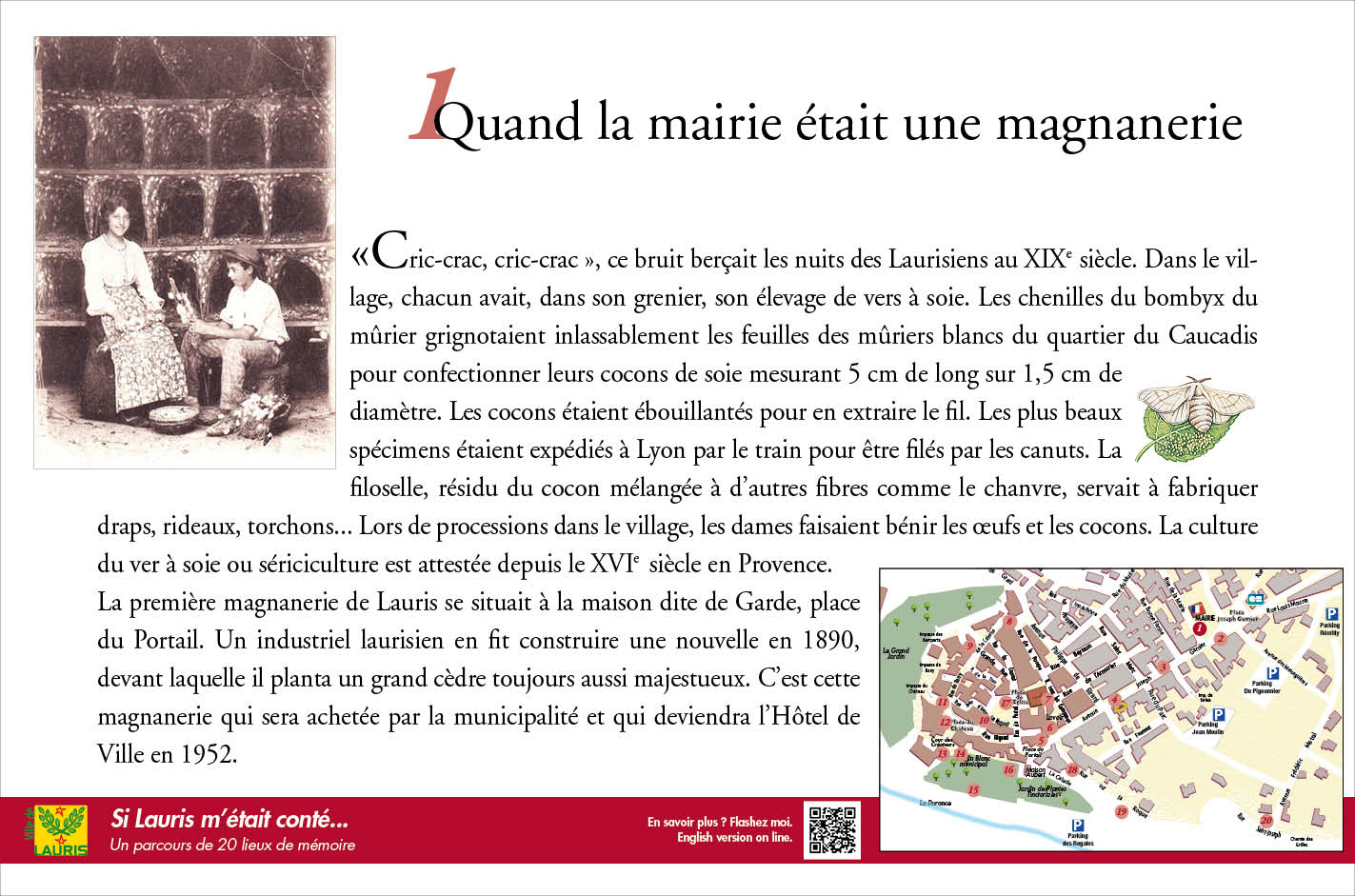 Panel 1 When the town hall was a silkworm farm

The noise " Cric-crac, cric-crac ", rocked the nights of the Laurisiens in the 19th century. In the village, everyone had a silkworm farm in their attic.
The skilworm caterpillars nibbled tirelessly at the white mulberry leaves in the Caucadis district to make their silk cocoons, 5 cm long by 1.5 cm in diameter. The cocoons were scalded to extract the thread. The most beautiful specimens were sent to Lyon by train to be spun by the canuts. The filoselle, the residue of the cocoon, mixed with other fibres such as hemp, was used to make sheets, curtains, clothes, etc.
During processions in the village, the ladies had the eggs and cocoons blessed.
The breeding of silkworms started in the 16th century in Provence. The first silkworm factory in Lauris was located in the house known as the "Maison de Garde", Place du Portail. A Laurisien industrialist had a new one built in 1890, in front of which he planted a large cedar tree, still as majestic as ever. This silkworm nursery was bought by the municipality and became the Town Hall in 1952.