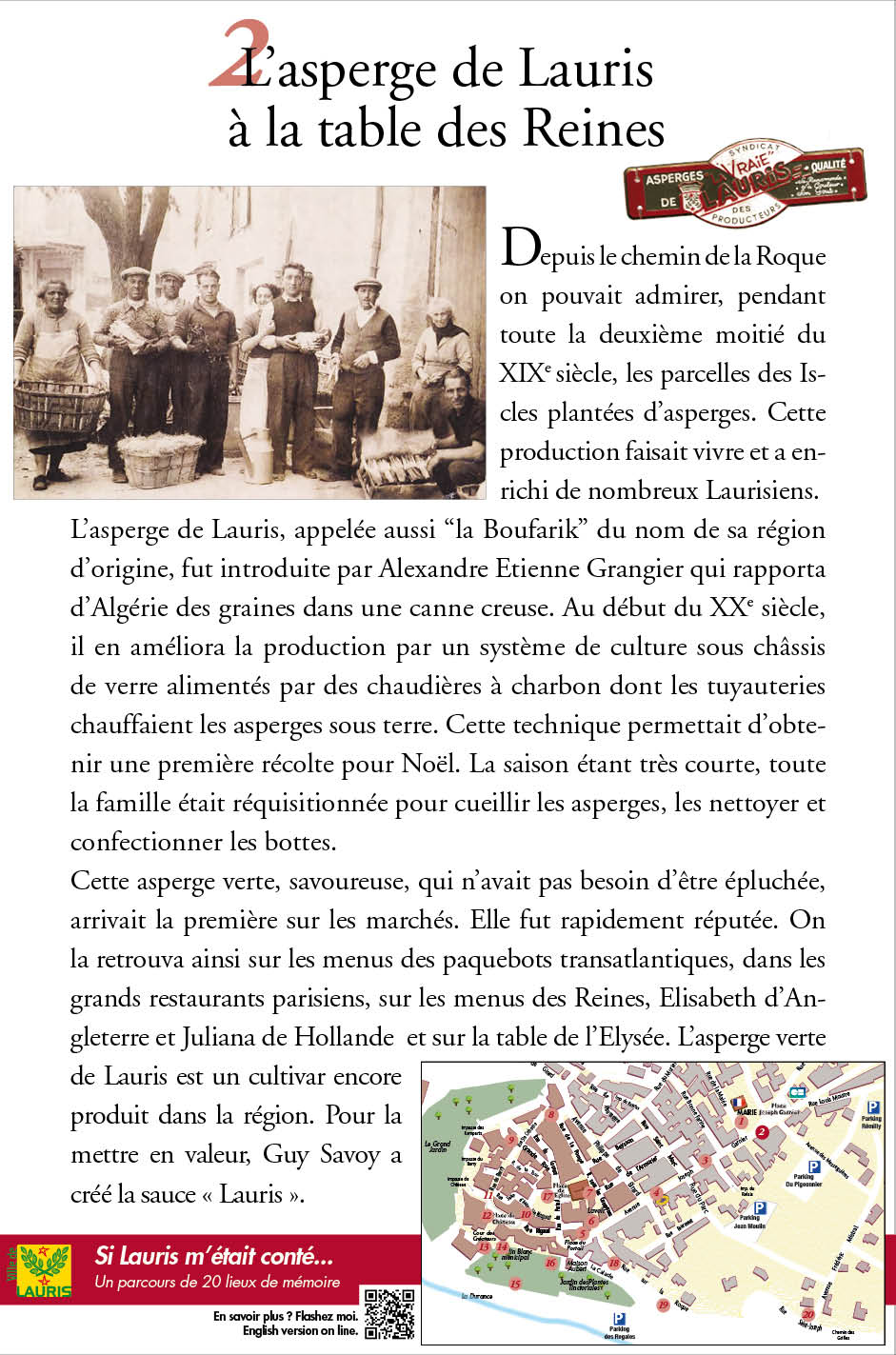 During the second half of the 19th century, one could admire the asparagus fields of Iscles from the chemin de la Roque. This production provided a livelihood to the Laurisians and made many of them rich. The asparagus of Lauris, also called "la Boufarik", after its region of origin, was introduced by Alexandre Etienne Grangier who brought back seeds from Algeria in a hollow cane. At the beginning of the 20th century, he improved production by using a system of cultivation under glass frames fed by coal-fired boilers whose pipes heated the asparagus underground. This technique made it possible to obtain a first harvest for Christmas. As the harvest season was very short, the whole family was called upon to pick the asparagus, clean it and make the bundles.
This tasty green asparagus, which did not need to be peeled, was the first to arrive on the markets. It quickly gained its reputation. It was found on the menus of the transatlantic liners, in the great Parisian restaurants, on the menus of the Queens, Elizabeth of England and Juliana of Holland and on the table of the Elysée.