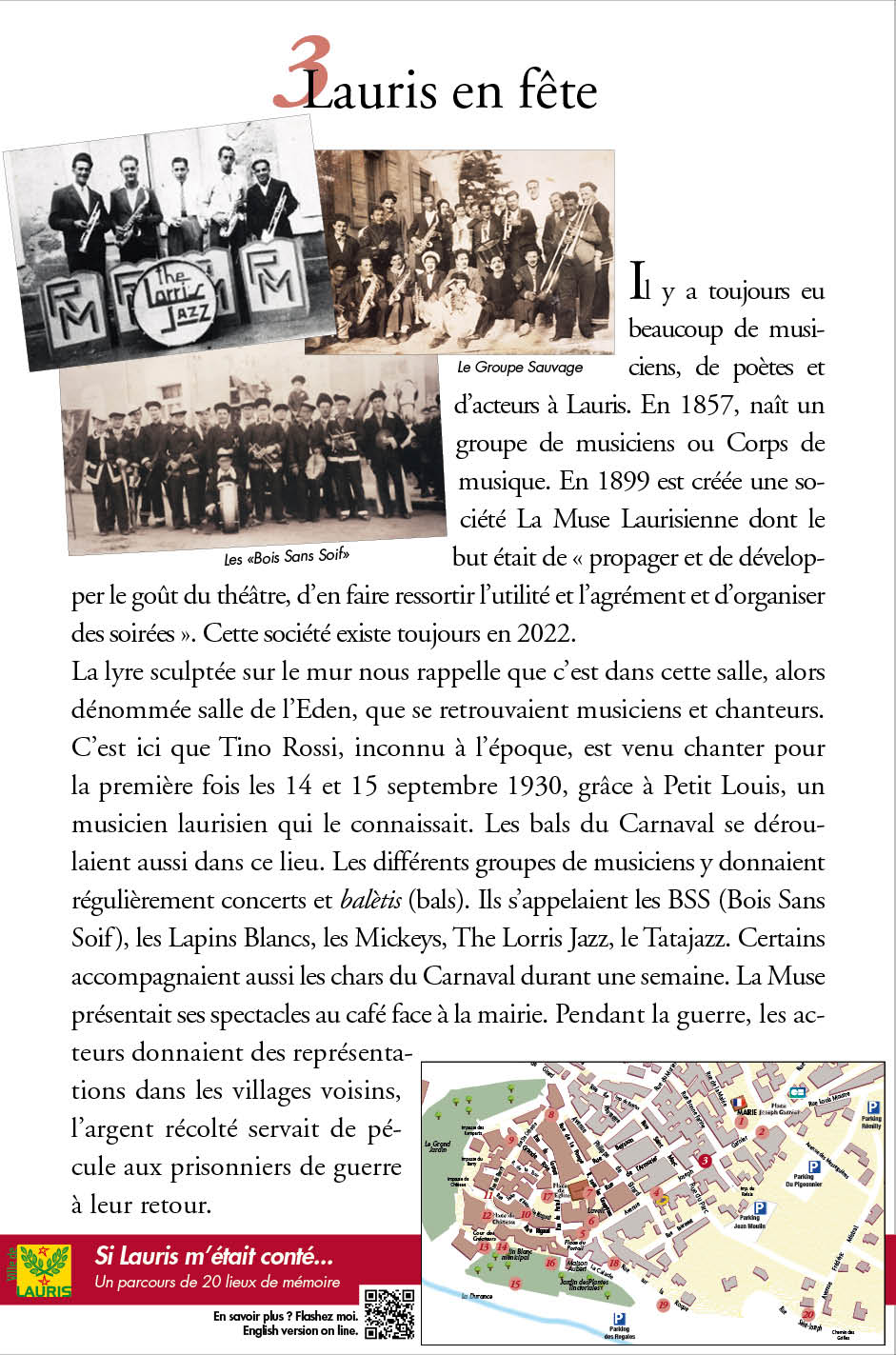 There have always been many musicians, poets and actors in Lauris. Thus, in 1857, a group of musicians or "Corps de musique" was born. In 1899, a society was created, "La Muse Laurisienne", whose aim was to "propagate and develop a taste for theatre, to highlight its usefulness and enjoyment and to organise evenings".
The lyre sculpted on the wall indicates that musicians and singers used to meet in this place, then called the Eden room". This is how Tino Rossi, unknown at the time, came to sing for the first time in this room on 14 and 15 September 1930, thanks to Petit Louis, a Laurisian musician, who knew him. Carnival balls were also held in this hall. Various groups of musicians regularly gave concerts and balls here. They were called the BSS (Bois Sans Soif), the Lapins Blancs, Les Mickeys, The Lorris Jazz, Le Tatajazz. Some also accompanied the Carnival floats for a week. The Muse gave shows in the café opposite the town hall.
During the war, the actors gave performances in neighbouring villages, the money collected being used as a nest egg for prisoners of war on their return.