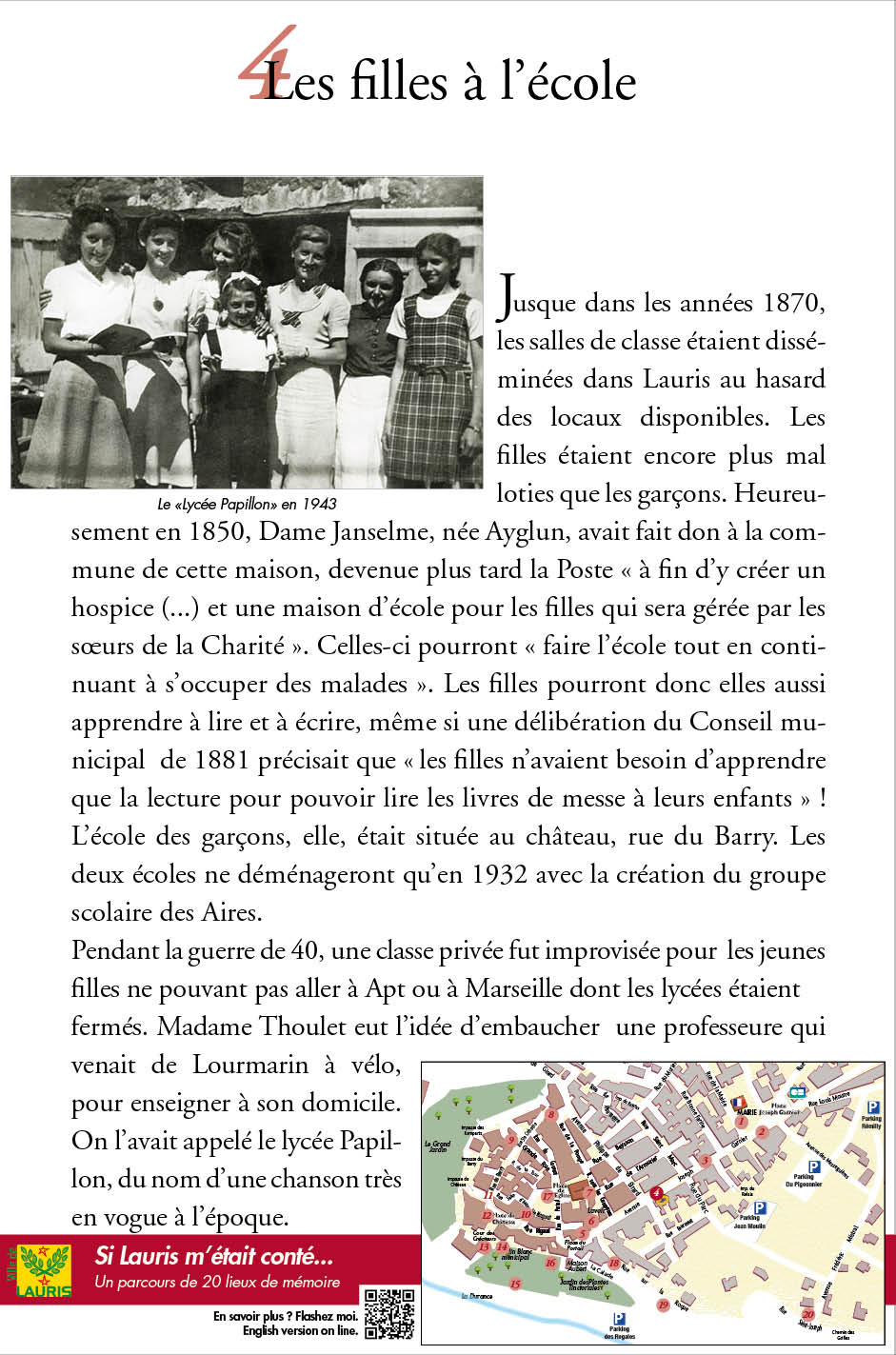 Panel 4 The school for girls

Until the 1870s, classrooms were scattered around Lauris at random. Girls’classes were worse off than boys. Fortunately, in 1850, Dame Janselme, born Ayglun, donated this house, now the Post Office, to the commune "for the purpose of creating a hospice (...) and a school for girls to be run by the Sisters of Charity. They would be able to "teach while continuing to care for the sick". The girls could therefore also learn to read and write, even if a deliberation of the municipal council in 1881 specified that "the girls needed to learn only to read in order to be able to read mass books to their children"! The boys' school was located in the castle, rue du Barry. The two schools moved in 1932 with the creation of the "Aires" school group.
During the 1940's war, a private class was improvised for young girls who could not go to Apt or Marseille, where high schools were closed. Madame Thoulet had the idea of hiring a teacher who came from Lourmarin by bicycle to teach at her home. It was called the "Lycée Papillon", after a song which was popular at the time.