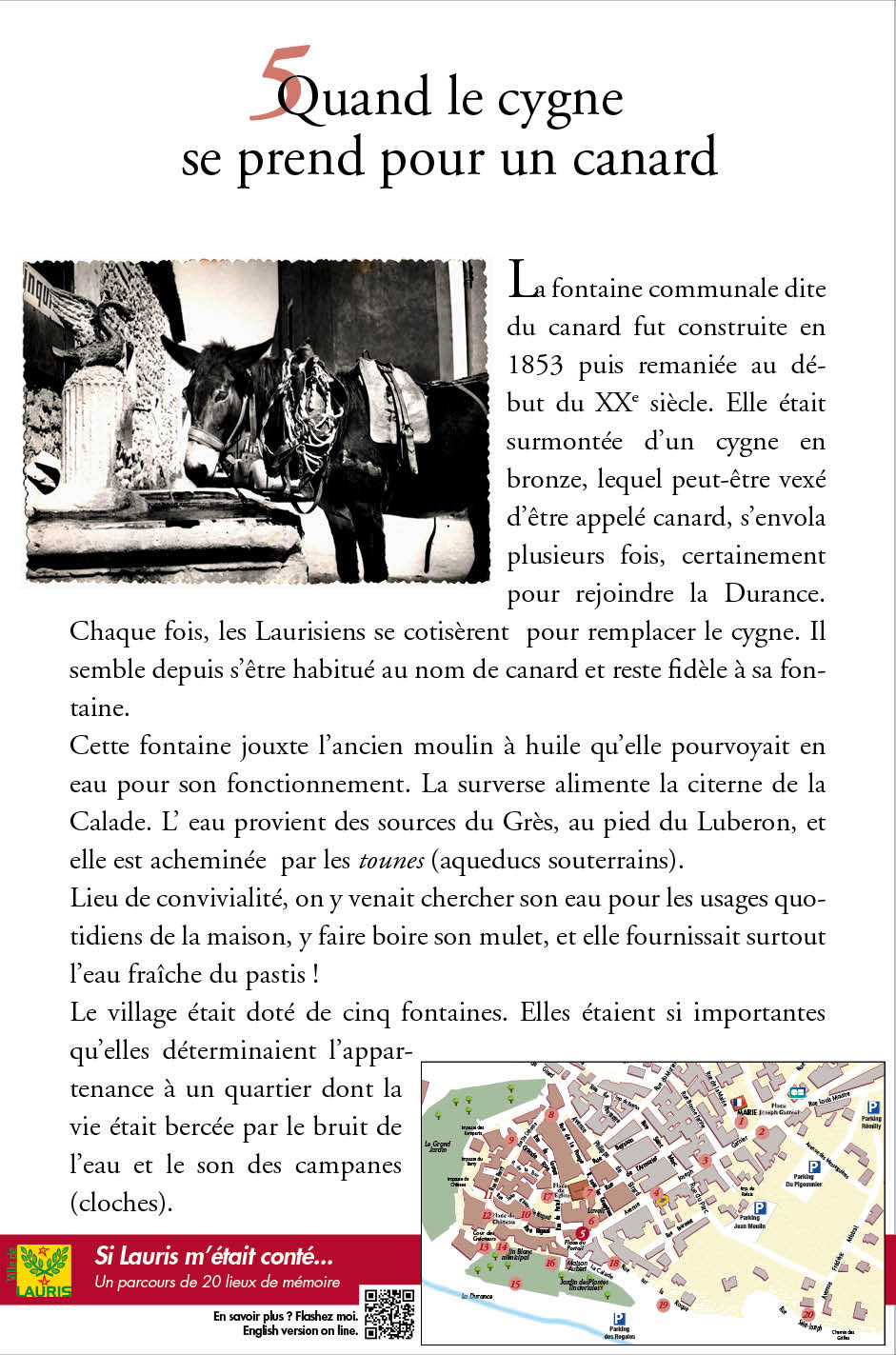 Panel 5 When the swan thinks it's a duck

The communal fountain known as the "duck" fountain was built in 1853 and redesigned in the early 20th century. It was surmounted by a bronze swan, which perhaps resented being called a duck, flew away several times, very likely to join the Durance. The people of Lauris pledged to replace the swan that had been stolen so many times. Since then, it seems to have got used to the name of duck and remains faithful to its fountain.
This fountain is next to the old oil mill which it supplied with water for its operation. The overflow feeds the Calade cistern. The water comes from the Grès springs at the foot of the Luberon and is transported to the fountains by the "tounes" (underground aqueducts).
Fontains were places of conviviality. People came to fetch their water for daily household use, to give their mules a drink, and above all to provide fresh water for pastis!
The village had five fountains. They were so important that they determined who belonged to a district whose life was rocked by the sound of water and the campanes (bells).