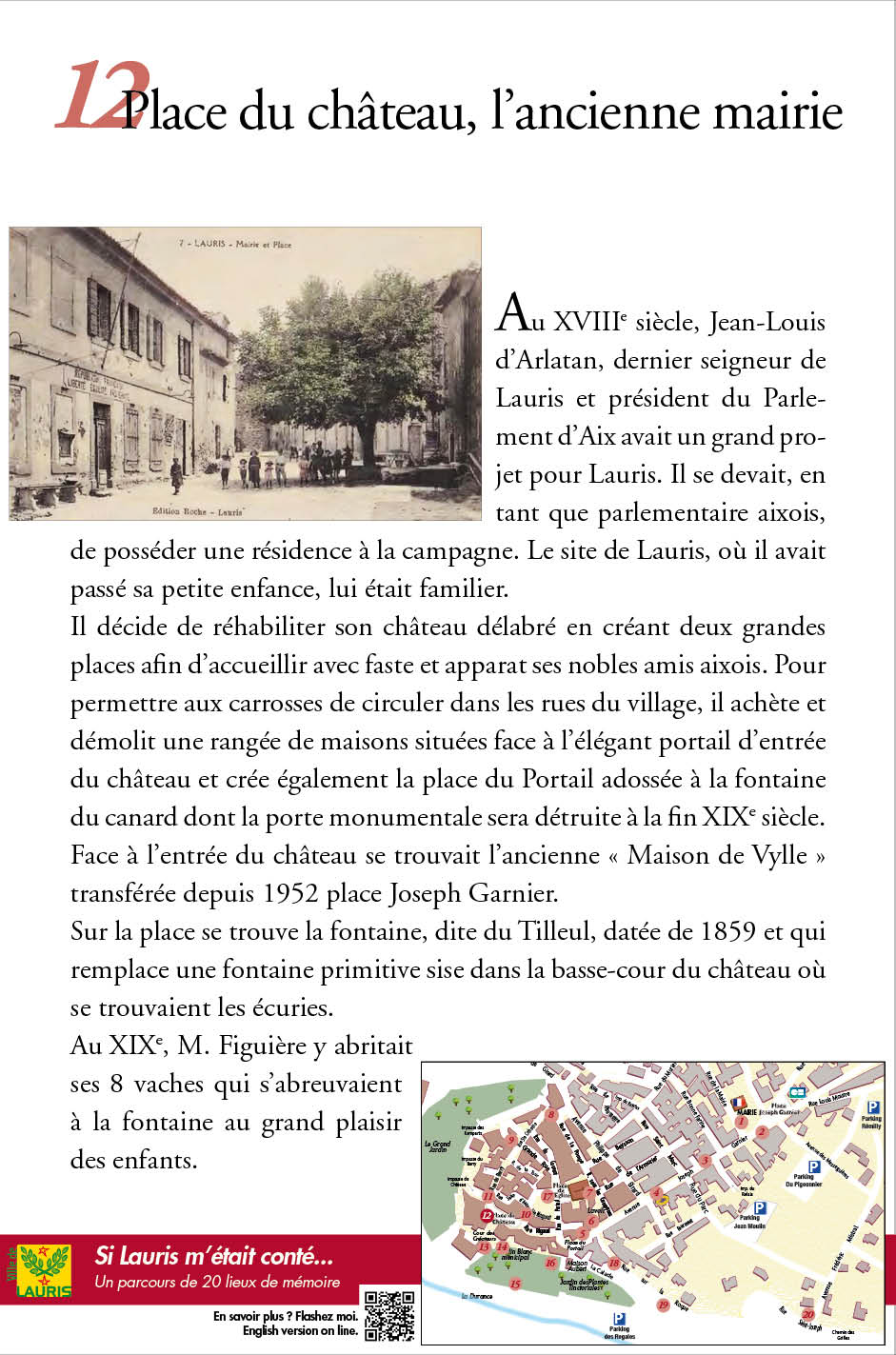 Panel 12 The castle and the old town hall

In the 18th century, Jean-Louis d'Arlatan, the last lord of Lauris and president of the Parliament of Aix, had a grand plan for Lauris. As a parliamentarian from Aix, he felt it was his duty to have a residence in the countryside. The site of Lauris, where he had spent his early childhood, was familiar to him.
He decided to renovate his dilapidated castle by creating two large squares to welcome his noble friends from Aix in style and splendour. To allow carriages to circulate in the streets of the village, he bought and demolished a row of houses located opposite the elegant entrance gate of the castle and also created the Place du Portail, which was adjacent to the duck fountain and whose monumental gate was destroyed at the end of the 19th century.
Opposite the entrance to the castle was the old "Maison de Vylle" (town hall) before it moved to its current location, Place Joseph Garnier, in 1952.
The fountain, dated 1859 and known as the "lime tree", replaced a primitive fountain located in the castle's lower courtyard where the stables were located. In the 19th century, Mr. Figuière used to shelter his 8 cows there, which drank from the fountain to the great pleasure of the children.