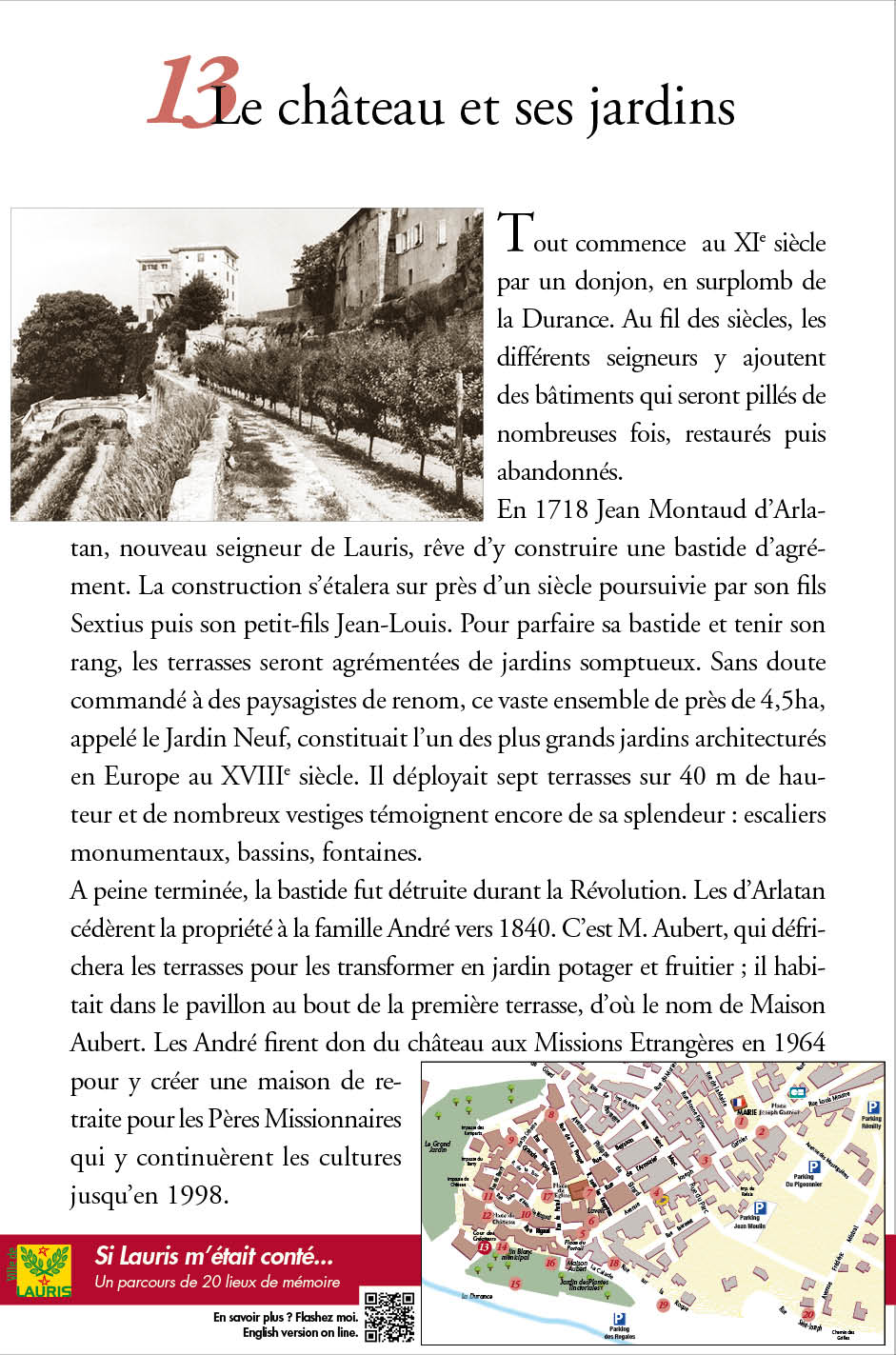 Panel 13 The castle and its gardens

It all began in the 11th century with a keep, overlooking the Durance. Over the centuries, the various lords added buildings which were looted many times, then restored and abandoned.
It was not until 1718 that Jean Montaud d'Arlatan, the new lord of Lauris, dreamt of a bastide for his pleasure in Lauris. Its construction would spread over nearly a century with his son Sextius and grandson Jean-Louis. To perfect his bastide, he developed the terraces by creating sumptuous gardens.
Undoubtedly commissioned from renowned architects and landscape gardeners, this vast complex of nearly 4.5 hectares, known as the Jardin Neuf, was one of the largest architectural gardens in Europe in the 18th century. It had seven terraces, was 40 metres high, and many vestiges still bear witness to its splendour: monumental staircases, ponds and fountains.
Barely finished, the bastide was destroyed during the Revolution. The d'Arlatan family sold the property to the André family around 1840. It was Mr Aubert who cleared the terraces that had become uncultivated and transformed them into a vegetable and fruit garden; he lived in the pavilion at the end of the first terrace, hence the name Maison Aubert. The André family donated the castle to the Foreign Missions in 1964 to create a retirement home for the Missionary Fathers, who continued to cultivate the property until 1998.