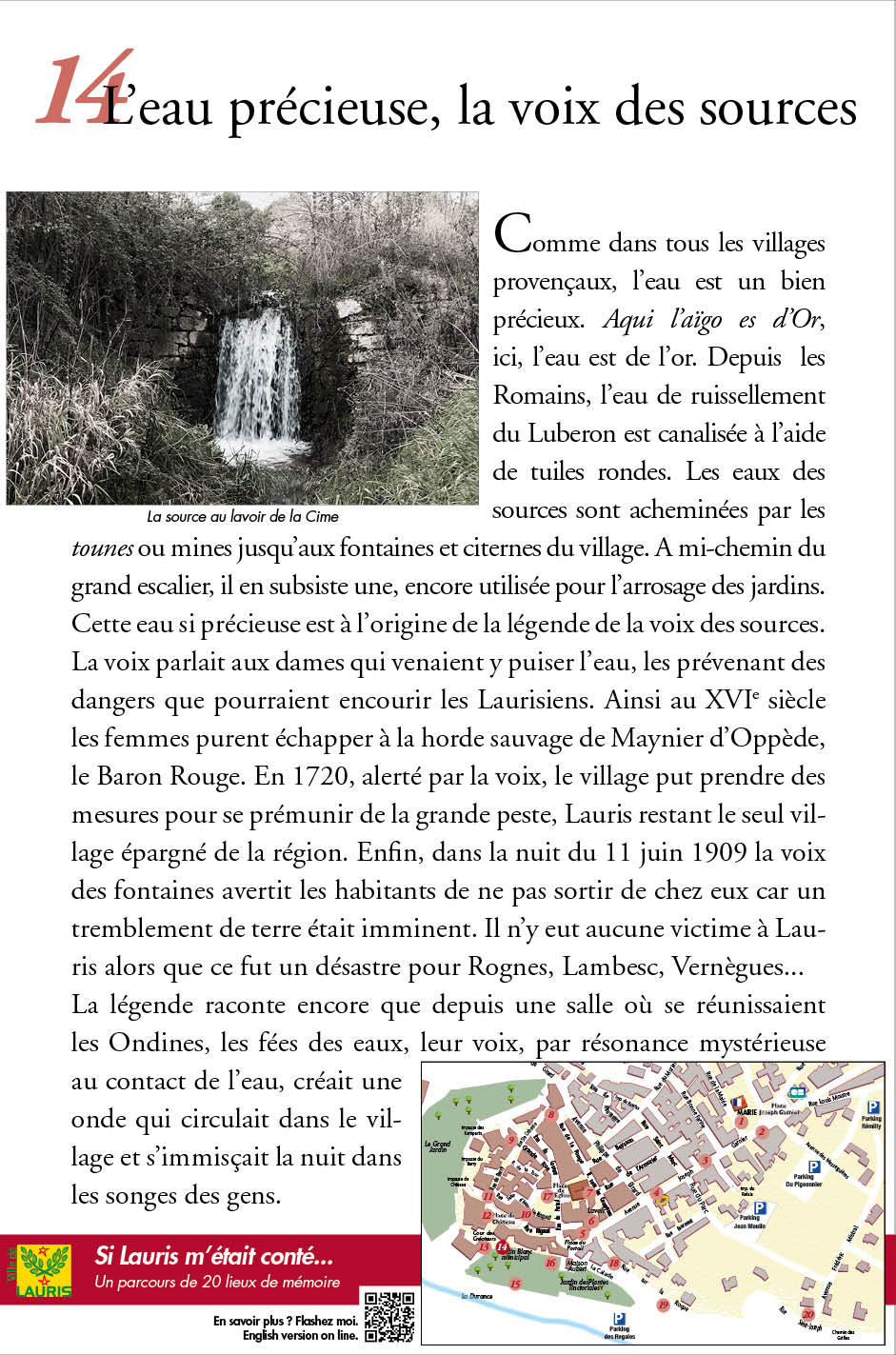 Panel 14 Precious water, the voice of the springs

As in all Provencal villages, water is a precious good. "Aqui l'aïgo es d'Or". Here, water is gold.
Since the Romans, the run-off water from the Luberon has been channeled through round tiles. Spring water is channeled through the "tounes" or mines to the village fountains and cisterns. Halfway up the grand staircase, there is still one that is used for watering the gardens.
This "miraculous" water is at the origin of the legend of the voice of the springs. It spoke to the ladies who came to draw water from the well, warning them of the dangers that the people of Lauris could face. In the 16th century, the women were thus able to escape from the wild horde of Maynier d'Oppède, the Red Baron, and to protect themselves from the great plague of 1720, Lauris being the only village spared in the region. On the night of 11 June 1909, the voice of the fountains warned the inhabitants to leave their homes because there was going to be an earthquake. There were no victims in Lauris, whereas it was a disaster for Rognes, Lambesc, Vernègues...
Legend has it that next to the tablecloth there was a room where the Ondines, the water fairies, met to protect the inhabitants. Their voice, by mysterious resonance in contact with the water, created a wave that circulated through the village at night and interfered with people’s dreams.