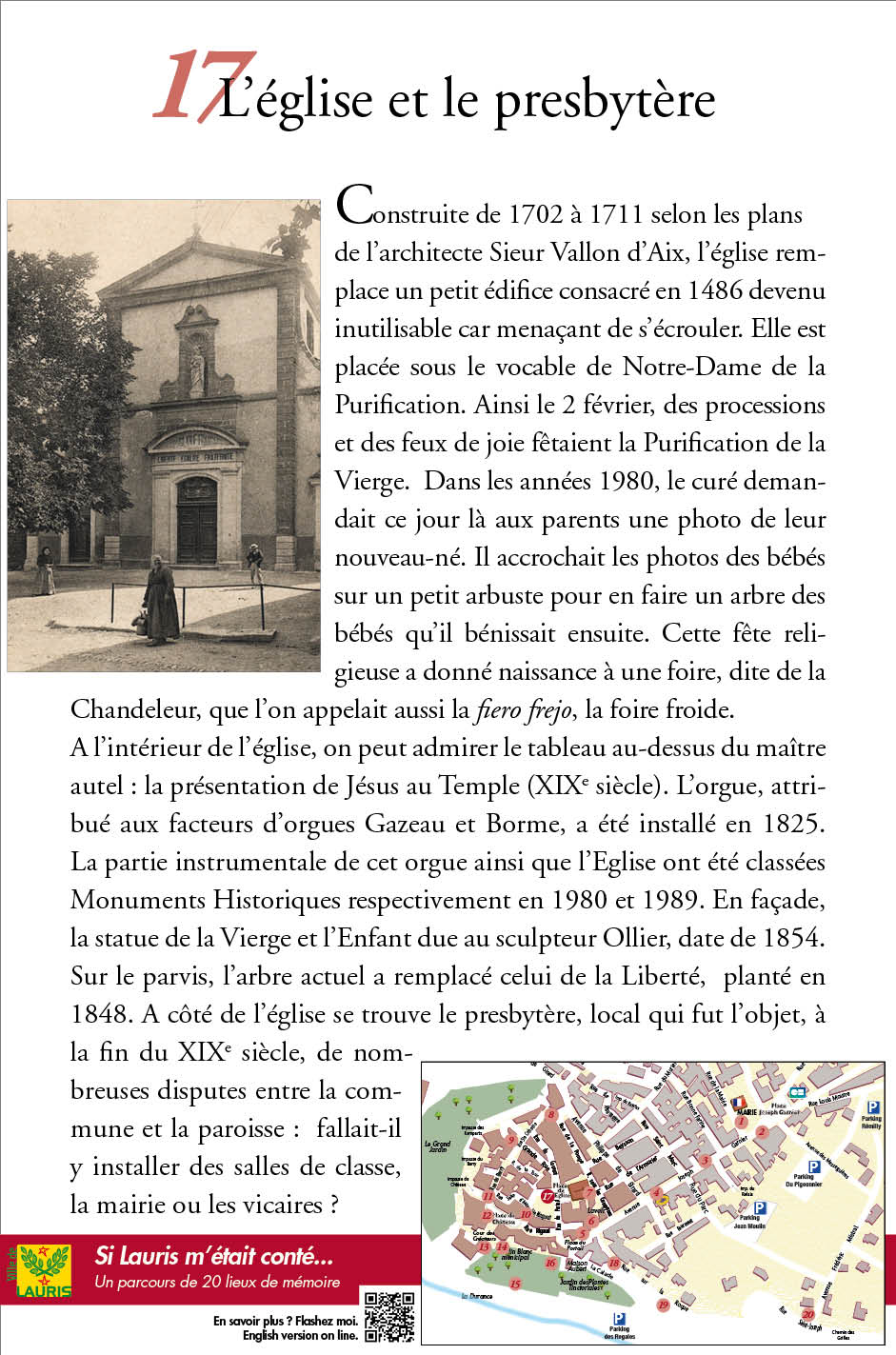 Panel 17 The church and the presbytery

Built from 1702 to 1711 according to the plans of the architect Sieur Vallon d'Aix, the church replaces a small building consecrated in 1486 which had become unusable because it was about to collapse.
It is dedicated to Our Lady of the Purification, "the Purification of the Virgin", which was is celebrated on 2 February, often with bonfires and processions. In the 1980s, the parish priest would ask parents for a photo of their newborn baby and he would hang the photos of the babies on a small shrub to make a "baby tree" which he would bless then. This religious festival gave rise to the Candlemas fair, which was also called the fiero frejo, the cold fair.
Inside, the painting above the main altar, "The Presentation of Jesus in the Temple", dates back to the 19th century. The organ, attributed to the organ builders Gazeau and Borme, was installed in 1825; the instrumental part of this organ as well as the church were classified as "Historic Monuments" in 1980 and 1989 respectively.
On the façade, the statue of the Virgin and Child by the sculptor Ollier dates back to 1854.
On the forecourt, the actual tree replaced the Liberty tree planted in 1848. On the left, the presbytery was the subject of numerous disputes between the commune and the parish at the end of the 19th century, over the installation of classrooms, the town hall or the vicars...