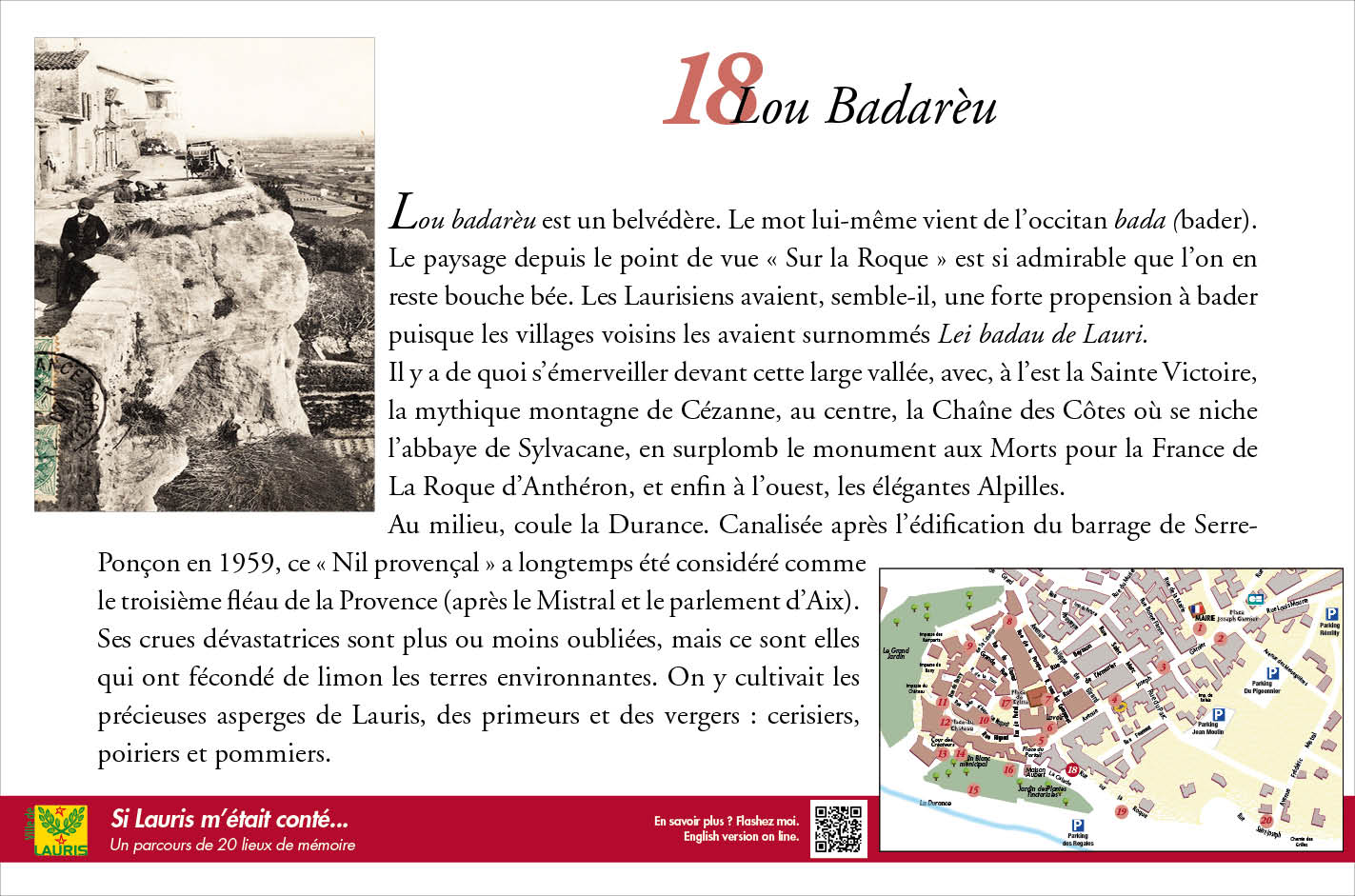 Lou badarèu is a belvedere. The word itself comes from the Occitan “bada”.
The panorama”Sur la Roque” is so sumptuous that Laurisians used to come here very often. That’s why the neighbouring villages called them li badaïne de Lauri.
There is plenty to marvel at in this wide valley, with Sainte Victoire, Cézanne's mythical mountain to the east, the Chaîne des Côtes in the centre, where the Sylvacane abbey is nestled, the war memorial of La Roque d'Anthéron overlooking it, and the elegant Alpilles to the west.
In the middle flows the Durance. Canalised after the construction of the Serre-Ponçon dam in 1959, this "Provençal Nil" was for a long time considered the third scourge of Provence (after the Mistral and the Parliament of Aix); its devastating floods are more or less forgotten, but they fertilised the surrounding land with silt. The precious asparagus of Lauris was grown there, as well as early crops and orchards: cherry trees, pear trees and apple trees.