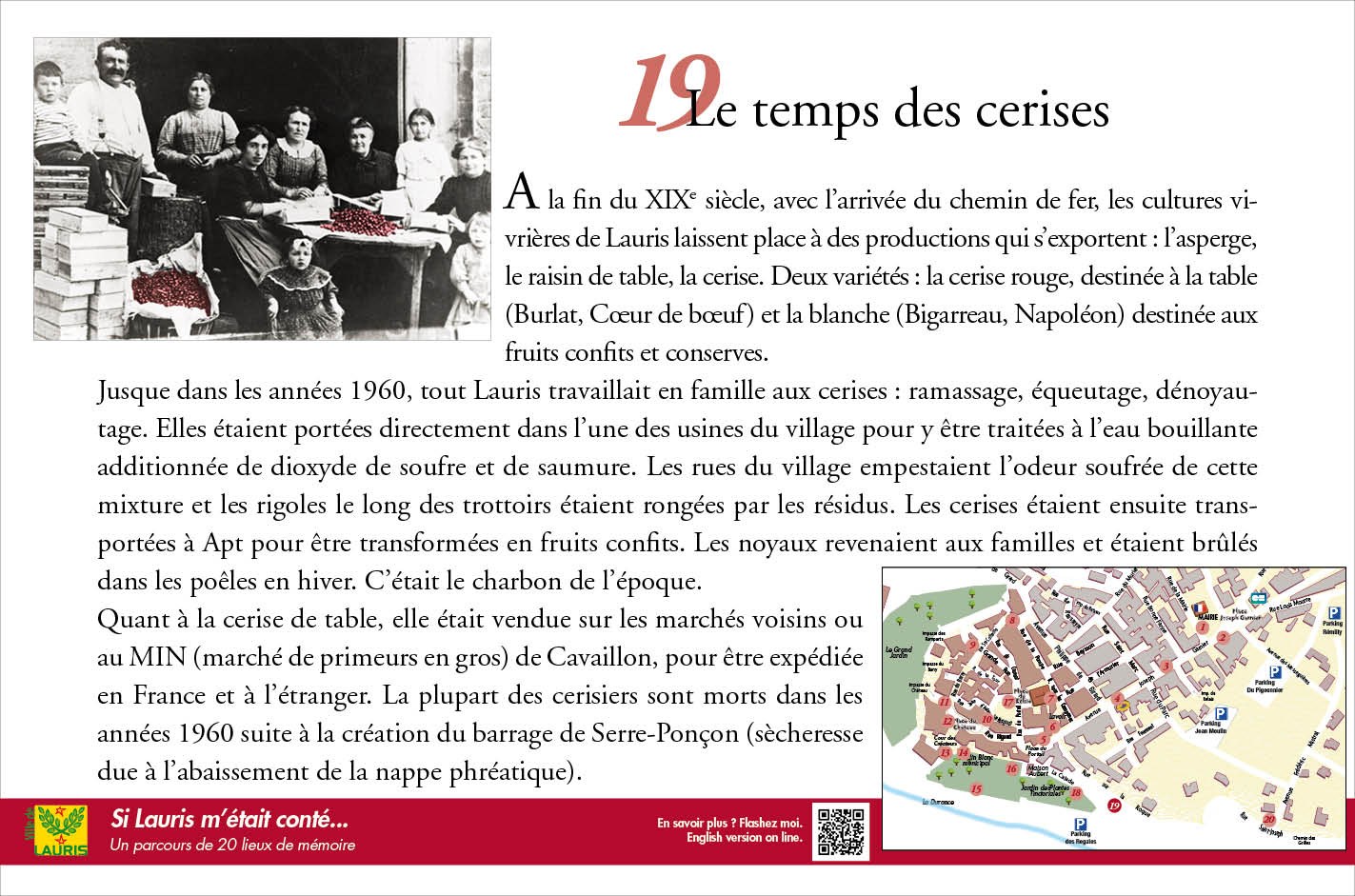 Panel 19 The time of the cherries

At the end of the 19th century, with the arrival of the railway, the food crops of Lauris gave way to productions that were exported: asparagus, table grapes and cherries.
Two varieties: the red cherry, intended for the table (Burlat, Coeur de bœuf) and the white (Bigarreau, Napoleon) intended for candied fruit and preserves.
Until the 1960s, all the family worked together with: picking, de-stoning, pitting with the cherries. They were taken directly to one of the village factories to be treated with boiling water, sulphur dioxide and brine. The streets of the village reeked with the sulphurous smell of this mixture and the gutters along the pavements were eaten away by the residue. The cherries were then transported to Apt to be transformed into candied fruit. The pits remained in the families and were burnt in the stoves in winter. This was the coal of the time.
As for the table cherry, it was sold on the neighbouring markets or at the MIN (wholesale market for early fruit and vegetables) in Cavaillon, to be sent everywhere in France and abroad.
Most of the cherry trees died in the 1960s due to the drought caused by the lowering of the water table since the creation of the Serre-Ponçon dam.