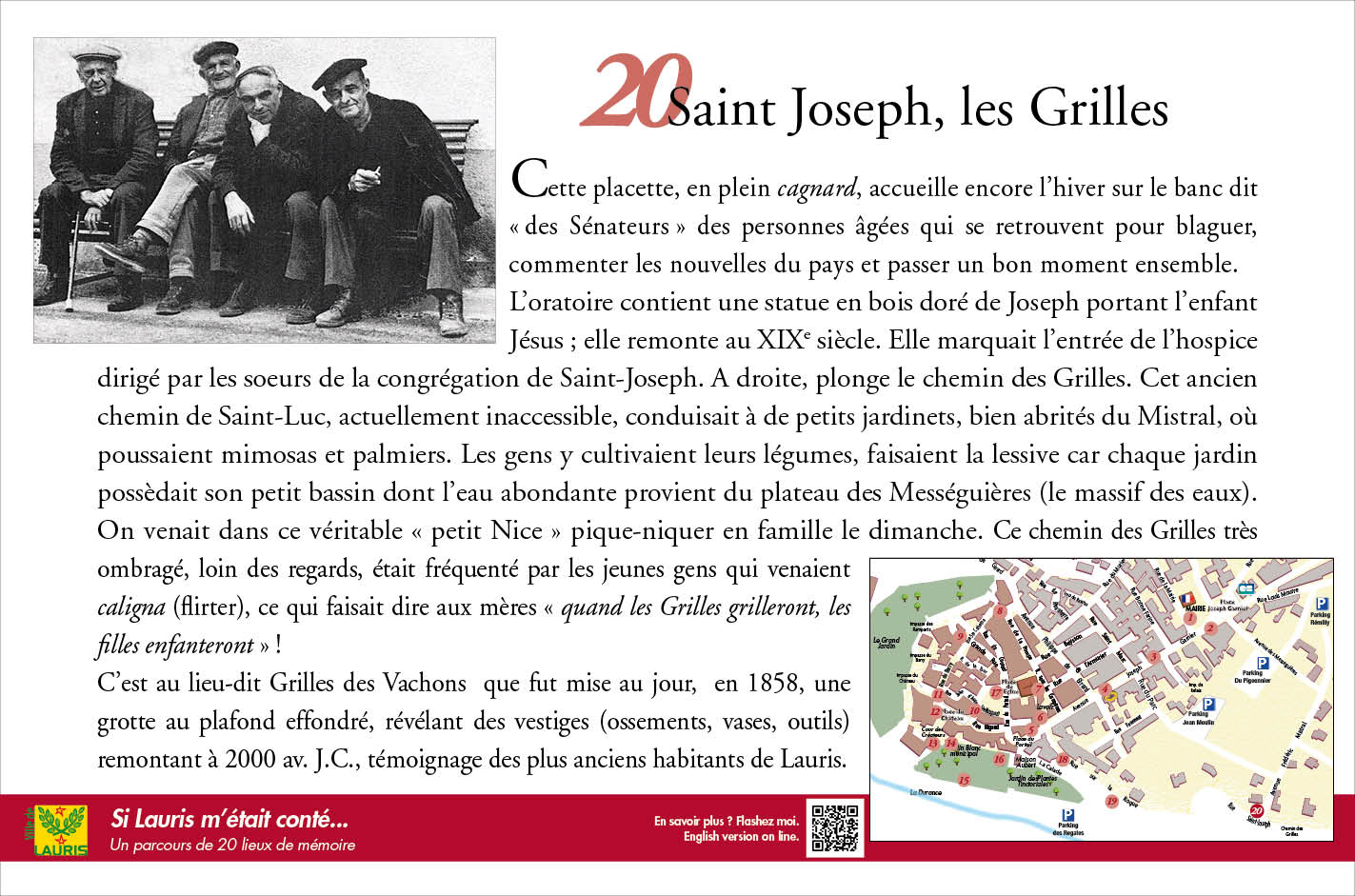 This small square, bathed in sunshine, still welcomes, in winter, old people who meet to joke, comment on the news of the country and spend a good time together, on the bench of the Senators.
The oratory contains a gilded wooden statue of Joseph carrying the baby Jesus; it dates back to the 19th century. It marked the entrance to the hospice run by the Sisters of the Congregation of St Joseph.
On the right, the Chemin des Grilles plunges down. This old path of Saint-Luc, inaccessible, led to small gardens, well sheltered from the Mistral, where mimosas and palm trees grew. People grew their vegetables and did their laundry there, as each garden had its own small basin with abundant water from the Mességuières plateau (the water massif). People used to come here on Sundays with their families for a picnic as this place was a real "little Nice".
This very shady path, far from the public eye, was frequented by young people who came to "caligna" (flirt).
It was at the "Grilles des Vachons" that a cave with a collapsed ceiling was uncovered in 1854, revealing remains (bones, vases, tools) dating back to 2000 B.C., a testimony to the oldest inhabitants of Lauris!