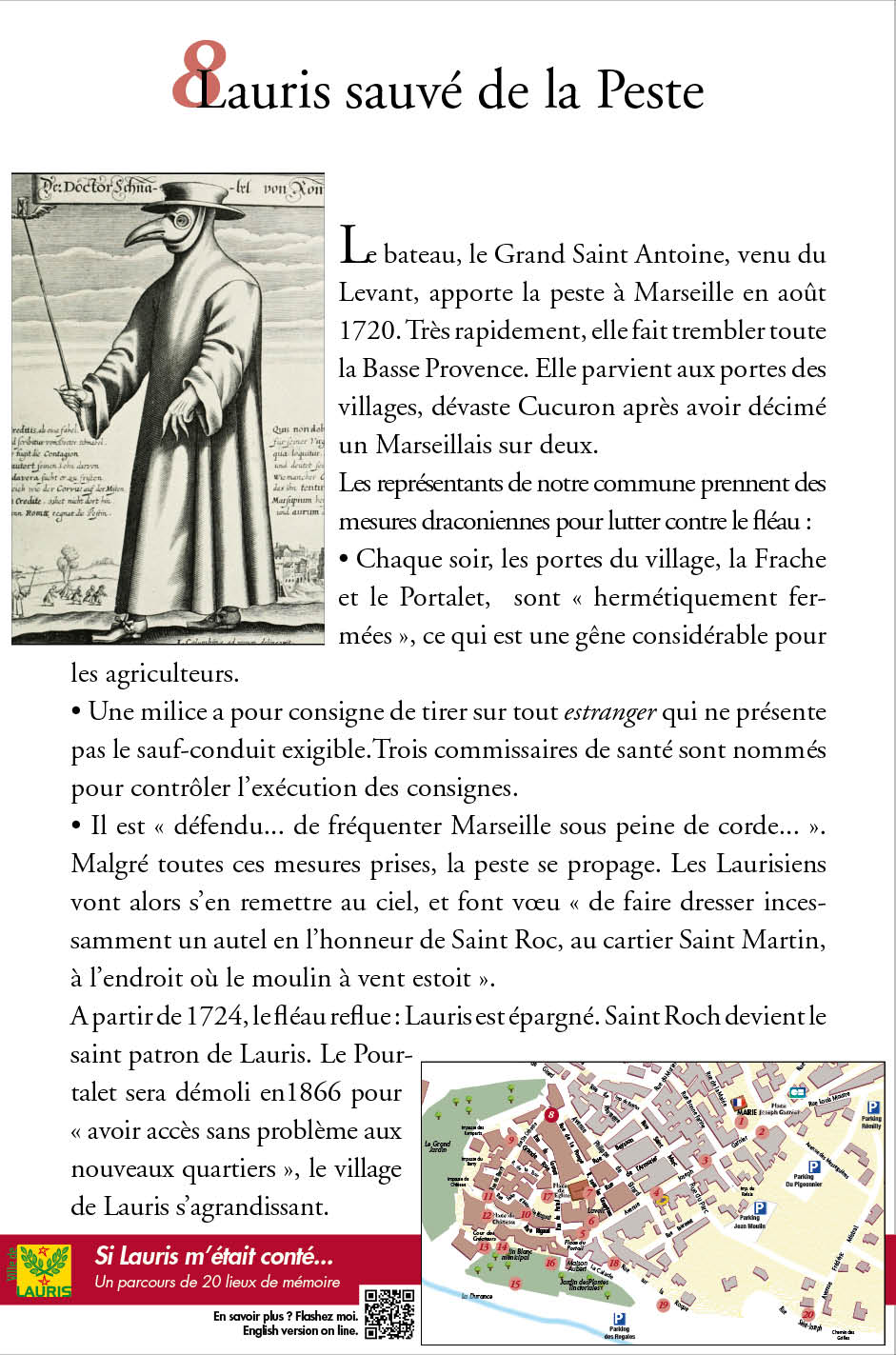 Panel 8 Lauris saved from the plague

The ship, "the great Saint Antoine", which came from the Levant, brought the plague to Marseilles in August 1720. Very quickly it shook the whole of Lower Provence. It reached the gates of the villages and devastated Cucuron after having decimated the Marseille population by half.
The representatives of our commune instituted draconian measures to fight against the plague

- Every evening, the doors of the village were hermetically closed, at the Great Gate and here at the Pourtalet; which was a considerable nuisance for the farmers;

- A militia was instructed to shoot down any "stranger" who did not present the required safe-conduct (a health ticket guaranteeing that the bearer did not come from an infested area). Three "health commissioners" were appointed to control the execution of the orders;

Despite all the measures taken, the plague spread. The people of Lauris then turned to heaven, imploring Saint Roch, who was to become the saint patron of Lauris: they vowed "to erect an altar in honour of Saint Roc, in the Saint Martin quarter, at the place where the windmill was".
From 1724 onwards, the plague receded: Lauris was spared. The Pourtalet was demolished on 11 November 1866 in order to "have easy access to the new districts" as the village of Lauris grew.